IQM was recently granted the EU's Recovery and Resilience Facility (RRF) funding, which the company intends to use to develop a next-generation quantum computer for the commercialization phase.

Within the field of quantum computers, this development work means building a 50-qubit computer and a technological capability of up to 1.000 qubits. After this, the technology will have to take a leap that is still unknown even to IQM. In addition, large amounts of qubits require a programming language and algorithms of their own, and these algorithms are still greatly unknown. So there is plenty to explore. 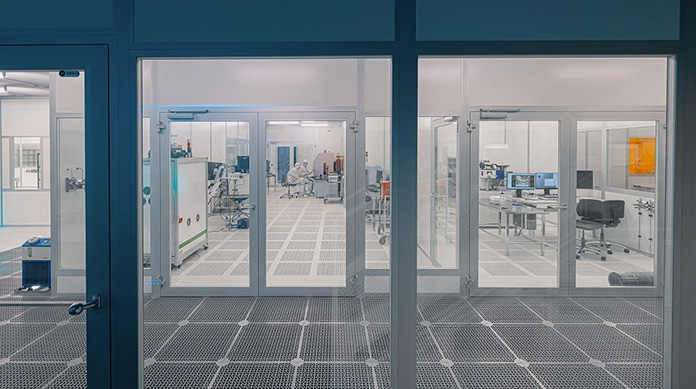 The potential of quantum technology is enormous

With their unprecedented computing power, quantum computers are able to solve problems that are impossible for today's computers. Their potential in combating climate change, for example, is enormous. However, quantum technology requires a step by step approach.

– The quantum industry is still very new, and it will take several years of development until the first quantum computers can be put into practice. It has been great to support a deep tech company like IQM in its world conquest from its earliest days, says Account Lead Aki Ylönen from Business Finland.

In the past, IQM has received EUR 3.3 million funding from Business Finland, EUR 2.5 million funding from the EIC Accelerator program and capital funding of EUR 15 million for the actual commercialization phase. The funding was used to start up the company and the research activities, to recruit researchers and international experts, and to support the launch of the first production line.

In total, IQM has raised a total of EUR 105 million in funding from venture capitalists and other investors for the development of quantum computers.

– Business Finland's funding played an important role during the startup phase. Governments already support the development of quantum technology with billions of euros in countries such as the United States and China. The role of venture capitalists will grow during the financing of the growth phase, says Juha Vartiainen, one of the founders of IQM and the company's chief operating officer, who also has a PhD in quantum computing.

Quantum technology could be used to address climate change

– High computing power is needed, for example, in the optimization of artificial intelligence and in molecular modeling. One of the major applications of quantum computation is a better understanding of certain naturally occurring chemical reactions, which would be of enormous importance in global food production, for example. The topic is red hot right now, says Vartiainen.

A good example of this is the production of fertilizers, which accounts for 2% of the world's energy consumption and 1.2% of CO2 emissions. Manufacturing completely new kinds of fertilizers would revolutionize the fertilizer market and cut emissions to almost zero.

To mention other examples, quantum computing could be used to capture carbon dioxide from the atmosphere, design flight routes and determine the supply routes of large transport companies, improve the aerodynamics of aircraft and cars, develop forms of renewable energy production, such as wind power and fusion energy, and conduct battery research. The list is almost endless.

Quantum computing has an endless range of applications

A quantum campaign to boost the industry

Finland is investing extensively in other operators, besides IQM, and it is also building a quantum ecosystem. Business Finland is currently preparing a Quantum Computing campaign to accelerate the growth and internationalization of the Finnish quantum ecosystem. In particular, the aim is to fund the development and deployment of the necessary software stack and to support companies' experiments and demonstrations to solve major problems through quantum computing.

Read more about the company

Read more about the Sustainable Growth Program for Finland

Read more about the Sustainable Growth Program for Finland